A Familiar (or Familiar Spirit) is a supernatural entity in the shape of an animal employed as a witch's domestic companion, servant, and spy.

While the extent of their power remains unknown, it is possible that a Familiar has all of the same powers, if not more, than the witch who employs it. Familiars are often fed through an abnormal nipple commonly found in an unusual location of the witch's body. According to Tituba, the Familiar chooses their master, not the other way around.

Witches who are in the Devil's service receive their familiar at the time of their Initiation. As shown with Anne Hale's journey into Witchcraft, once the first page of the Book of Shadows has been signed with the witch's blood, the Familiar will find its way to the witch. When a witch is deprived of the magical power during a dreaded ritual known as "The Reckoning", usually due to a treason against their master, the Dark Lord, the familiar given by the Devil is pierced with a large nail, causing its eternal demise.

Cunning Ones are known, among other things, for their ability to create supernatural servants from stuffed animals. Unlike familiars obtained by the Devil, these peculiar servants differ in the fact that they have no inherent supernatural abilities, but are regular stuffed animals imbued with magic by the Cunning Ones to fulfill their bidding. These animals are mostly employed as spies; their eyelids are sewn with red thread and the breath of life is blown on them during a ritual to restore life in their limbs.

The feeding of a Familiar

During the great witch craze, it was commonly believed that an extra nipple was the mark of the devil and that Witches were supposed to nurse their familiars through the extra milk spigot. The location of the nipple varies from witch to witch: Mary Sibley has her third nipple on the right thigh, Tituba on her nape and Anne Hale on the pelvis.

During the course of the series, these familiars were fed both with breast-milk (by Mary Sibley) and blood (by Anne Hale). According to the ancient witch Countess Von Marburg, nurturing with blood is the right payment for services made by the demon to its witch. Ironically this witch has not been shown to have a familiar.

The main function of this creature is to serve their mistress or master, in every way possible. This involves, primarily, being an incessant reserve of blood; in fact, these animals can be butchered and bled to give power to a spell without dying permanently; they are therefore immortal. They can also act as spies for their mistress or master. Thanks to a particular spell, they can also change shape depending on the purpose of their mistress or master. They can crawl into the throat of a man as a snake or fly over the skies in the form of predatory birds. They may also be the perpetrators of a curse, as when Tituba's tarantula created a gold web in George Sibley's mouth, on the orders of Mercy Lewis.

The evilest task used by the witches of Salem is to take control over certain human beings, through their familiars. So far the nature of this particular and complex ritual of black magic remains unknown, except that the demon is introduced through orifices, generally the mouth, inside the body of the victim and from that moment, he is totally subservient to the witch. Paralysis, inability to speak and react even when their body is tortured -as shown by the witch-child John Sibley when he was "playing" with George Sibley and a handful of needles - are only the most famous among the consequences of ingestion of a familiar.

The primary familiar of Mary Sibley acts under the guise of a toad, but through a special spell implemented by Tituba and Mary, this being has taken on the appearance of an owl. This toad is an integral part of the ritual that keeps George Sibley subjugated to Mary's will. The familiar is, indeed, placed inside George Sibley's stomach, taking control of his body in a way that has not yet been clarified. This possession causes illness in the victim, forcing him to a paralysis of the movements and forcing the victim, in this case, George, to a wheelchair.

Mary, however, has another familiar in the guise of a black snake that she has used to control the young Mercy Lewis, in order to prevent her from revealing the names of real witches.

Tituba's familiar appears in the guise of a big spider, probably a tarantula, which she feeds from a witch nipple placed on her nape. After having made the mistake of showing the familiar to Mercy, the young witch uses the same familiar to cast a curse on George Sibley and also as proof of Tituba's witchcraft. What happened to the familiar after Tituba was arrested by Increase Mather remains unknown.

After her eyes were blinded by a flock of birds conjured by the Devil himself, Tituba used a spell to restore her sight with the eyes of a stuffed black cat, which she then brought back to life. She was shown capable of using the black cat for spying and observing the activities that happen in Salem.

Petrus is known for his large collection of stuffed animals that act as eyes and ears of the witches in the woods. Generally, the animal's eyes are sewn with red thread and are released only to spill blood in a vial of water, showing Petrus what they saw as in a crystal ball. These animals are contained in his hut. Until now have been shown boars, wolves, foxes, various predatory birds including owls and crows and a large lizard, like an iguana. Petrus also showed affection for a pair of cockroaches, before they were crushed by Tituba as punishment for disobeying.

In "Cry Havoc," Mercy Lewis has created at least six servants by forcing a crow for each one of them, inside their bodies. In particular, one of these men was lured into the woods by Dollie, now one of Mercy's acolytes, with the promise of a sexual intercourse. Once in the woods, the other girls tied the man to a trunk and Mercy castrated the wretched man, and then placed a familiar in the guise of a crow in the open wound between his legs.

Later, Mercy offered the men sliced genitals to the Elders in the wood, hoping to obtain the Hags' support for her election as Queen of the Night, in place of Mary Sibley.

Brown Jenkins is a mouse with brown fur and a nice face, who came to the rescue of his mistress as she was signing the first page of her Book of Shadows with blood. It is the familiar that had a somehow more interesting role in the series since he apparently grows in size each time Anne makes a spell that requires the blood of the little demon. Not only does he grow in size, but its appearance has changed as well, starting with the eyes, which are now bright red.

Mrs. Stoughton, a witch from Boston, owned a demonic familiar in the shape of a little white dog, named Little Lady, which she allegedly understood and spoke to, according to her own claims. The demonic dog was immolated by Cotton, during his successful escape, much to Mrs. Stoughton's devastation. 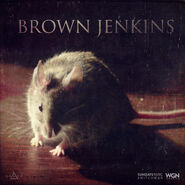 Mrs. Stoughton's familiar
Add a photo to this gallery 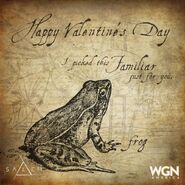 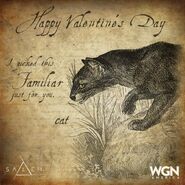 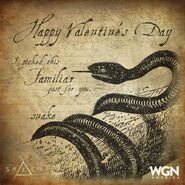 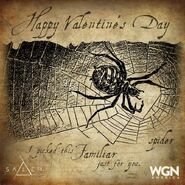 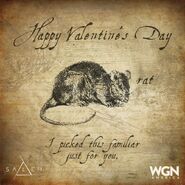 Retrieved from "https://salem.fandom.com/wiki/Familiar?oldid=34040"
Community content is available under CC-BY-SA unless otherwise noted.