"Midnight Never Come" is the twelfth episode of Season Two of Salem, and the twenty-fifth episode of the series overall. It premiered on June 21st, 2015 on WGN America.

With the "Starry Messenger" comet drawing ever closer, John Alden fights for his very life, while Anne Hale works to comfort and protect one whose life or death brings with it great consequences for Witch and mortal alike. She soon learns another unfathomable secret about her past, and finds she’s faced with a terrifying decision that could greatly impact the Countess’s plans. Mary, palpably affected by recent events, finds herself in a wholly unfamiliar situation, leading her to try a risky gambit. Meanwhile, when John shares shocking and unbelievable information with Cotton, it leads the younger Mather to seek out answers on his own, but he discovers only more questions; Mercy pursues desires of her own, but finds another’s prediction to be fatefully and disappointingly accurate; and Isaac finds himself in a wholly unfamiliar position among his fellows.

Mercy Lewis (to Mary Sibley): "How does it feel to lose everything you ever had?"

Countess Von Marburg (to Anne Hale): "With every breath we take we betray someone's trust." 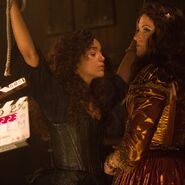 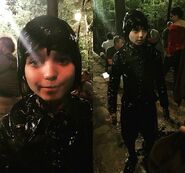 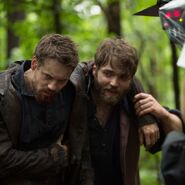 Tumblr nqcwvuekco1uqb65fo10 1280.jpg
Add a photo to this gallery

Retrieved from "https://salem.fandom.com/wiki/Midnight_Never_Come?oldid=34317"
Community content is available under CC-BY-SA unless otherwise noted.