Comment the episode with us at "Saturday Mourning: Discussion"

"Cotton sees his long lost love Gloriana, however, is disturbed when she doesn’t remember him. After finding Alden near to death, Cotton brings him to Dinley’s where a confrontation unravels once Alden realizes Dinley knows something more about the Red Mercury. While still in the traps of Sebastian and the Countess, Mary learns that Tituba is working for the Boy and does whatever she can to keep the door to hell closed which should not be opened at any cost for the sake of everyone’s lives. True colors are revealed and one bleeds darker than the rest!" [1] 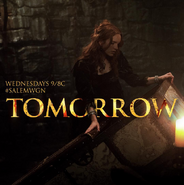 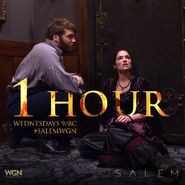 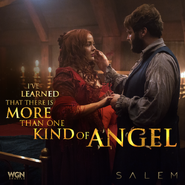 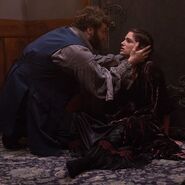 Retrieved from "https://salem.fandom.com/wiki/Saturday_Mourning?oldid=34642"
Community content is available under CC-BY-SA unless otherwise noted.