Comment the episode with us at "The Commonwealth of Hell: Discussion"

The Commonwealth of Hell

The Commonwealth of Hell [1] (also known as "The Witch Is Back") is the fifth episode of the third season of Salem, and the thirty-first episode of the series overall. It premiered on December 07, 2016 on WGN America.

Cotton returns just in time to save Anne from the Boy’s punishment. Tituba appears to Mary to make sure she’s okay, and Mary alerts Tituba about a possible traitor in the hive. Mary slowly starts to turn the Sentinel on the Boy by playing with the Sentinel’s emotions. Alden and Billy attempt to make their way back to Salem, but Billy is badly injured. Tituba accuses one of the Essex witches of being a traitor, but who could it be? [2] 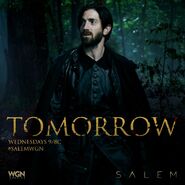 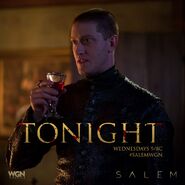 Retrieved from "https://salem.fandom.com/wiki/The_Commonwealth_of_Hell?oldid=34509"
Community content is available under CC-BY-SA unless otherwise noted.