Til Death Do Us Part

As the Countess Marburg prepares for the imminent arrival of the “Starry Messenger” and her lover, the Dark Lord, Mary stages a last-ditch effort to thwart the eternal Witch’s plans, but her success or failure may rest in the hands of others who each have something important at stake. After getting devastating news, Anne Hale finds she is faced with making a time-sensitive decision that could have far-reaching consequences, and it takes knowing words from another interested party to strengthen her resolve. Even so, the young Witch finds herself at a crossroads and faced with yet another important choice to make – a choice that may determine the fate of all in Salem. Meanwhile, Cotton Mather faces his imminent demise - the result of Magistrate Hawthorne’s jealous treachery - until an unlikely party intervenes. But his rescue could come at a price that he may be unwilling – or even unable - to pay.

Mary Sibley (to John Alden): "The Marburgs are not like the other witches you've killed. You will need every advantage you can have."

Countess Von Marburg (to Mary Sibley): "I will delight in destroying what you hold most dear."

Wendell Hathorne (to Anne Hale): "These are troubling times."

Anne Hale (to Mary Sibley): "I will fight no war for you!"

Mary Sibley (to Anne Hale): "When the time comes, you may not have the choice."

Countess Von Marburg (to Mary Sibley): "How can you turn your back on us now?!" 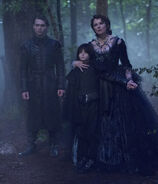 Salem 210 Screencap 60.png
Add a photo to this gallery 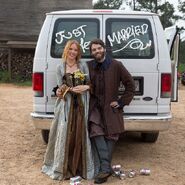 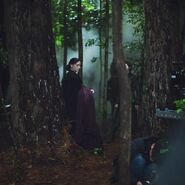 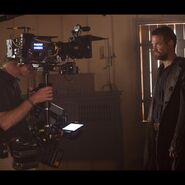 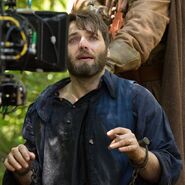 Retrieved from "https://salem.fandom.com/wiki/Til_Death_Do_Us_Part?oldid=34253"
Community content is available under CC-BY-SA unless otherwise noted.